There is, and has been for sometime now, a major disagreement over the album SONGS OF PROTEST by Chris Lucey aka Bobby Jameson. The argument is that Ace Records obtained, either through purchase or licensing, the master rights to the album Songs of Protest. Ace Record's director, Roger Armstrong, claims his acquisition of Songs Of Protest was legal and above board and the album is now his company's property, which I understand clearly as the premise of his position.

The flaw in Armstrong's legal claim is that Ace's acquisition of Songs Of Protest was never legal. Why do I say this? It is a simple explanation and is the singular fact that Roger Armstrong, and Joe Foster of Rev-Ola, either don't understand, or do, but will not admit to as a reality.

My understanding is that Songs Of Protest was sold to or leased to Ace by Betty Chiapetta who was one of the original partners of Surrey Records. The problem was, and is, that Surrey/Chiapetta never had a contract with me for the songs or the record itself. It was released by Surrey in 1965 with that problem as part of it's real history.

Even though I did not sign an agreement with Surrey the album was released on schedule, because it was the key property to a larger distribution deal by Surrey into Europe in 1965. Surrey knew no one would question them and no one did. I had no way to prevent the release and had no legal representation to fight for my rights at that time.

Some 40 years later Chiapetta and Ace Record's got together in a business deal involving numerous old masters that Chiapetta claimed to own, mostly old blues masters from Stax and Vee Jay which Chiapetta and Randy Wood bought when Vee Jay collapsed.

In the mix of old masters, that Ace acquired from Chiapetta in that deal, was Songs Of Protest, the old 60's master by Chris Lucey/Bobby Jameson. There was still no contract, and there had never been a single royalty paid to the writer/performer by anyone. In essence it was a disputed property, if not a stolen property, because of the facts I have just stated here.

The problem of ownership had always existed, but was so old that it was either unknown or not considered at the time of Ace's acquisition of Songs Of Protest. Ace Records, Chiapetta, and Joe Foster of Rev-Ola were all of the belief that Bobby Jameson/Chris Lucey was dead at the time of their collective agreement. They, in other words, didn't have any reason to be concerned that the creator of the property would suddenly turn up and complain, which is now the case.

Armstrong's position seems to be that his company, Ace Records, obtained the rights to Songs Of Protest in a good faith agreement with Betty Chiapetta. My position is that his acquisition of Songs Of Protest from Chiapetta, or her representatives, was never legal whether Armstrong knew it or not. Stolen property, or property which is disputed, with regards to who really owns it, does not become un-stolen or undisputed property simply because a new agreement has been reached between parties, other than the party who created the original property, Bobby Jameson.

To further muddy the water Ace Records in turn leased the property to Joe Foster's Rev-Ola label, whose first Cherry Red distributed release, was in fact Songs Of Protest in 2002, indicating the importance of the album, at least to Rev-Ola and Foster.

The game here is that the property has been moved through three parties, and is still the same disputed/stolen property it has been since 1965. This information has subsequently been made clear to both Rev-Ola and Ace Records who have done nothing but make the claim over and over that they all have legal contracts which stem from Ace's illegal agreement with Chiapetta. If in fact there are contractual agreements regarding Songs Of Protest, I, Bobby Jameson, believe I have the right to see these documents.

Supporters of both Ace Record's acquisition of Songs Of Protest, and Rev-Ola's reissue of the album seem to thrive on belittling my claims, by leaving out the material fact that Ace's agreement with Chiapetta was illegal, and without my consent or knowledge. Their position strips me of any and all rights or claims of any kind to the property that I created.

Ace Records and Rev-Ola's claim to a legal deal are only justifiable if you omit the factual part wherein Chiapetta had no legal right to sell or lease Songs Of Protest to anybody, without first securing from me, some form of legal agreement. Chiapetta's obligations to Bobby Jameson did not disappear simply because she decided to reach an agreement with Ace Records and Roger Arstrong. By the same logic Ace Records is not obsolved of the obligations to Bobby Jameson simply because Roger Armstrong came to an agreement with Chiapetta.

If those of you who incessantly badger me about this subject have further remarks you feel compelled to make, I would suggest that you consider all the facts rather than leaving out key parts for the sake of making your argument work, which it only does, if the whole history of the album is not known or made part of the record.

I made this record, not you. Not Betty Chiapetta, Roger Armstrong, or Joe Foster. This property, SONGS OF PROTEST AND ANTI PROTEST by Chris Lucey/ Bobby Jameson, was written and performed by me. I have more right to object to what others have done with this property than anyone else on this planet. I will hold to my position and fight anyone for my rights. I will do this until hell freezes over.

You cannot make arguments without all of the material facts being considered, which is what you continue to do. All of the arguments made to date, by everyone, have left out the original material facts. This process is the only way Ace Record's and Revola's positions seem plausible. Your arguments are without merit and deserve to be questioned as legitimate.
Posted by Bobby Jameson at 5:11 PM 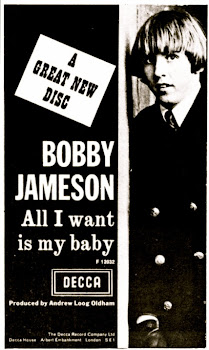 Color Him In Jameson 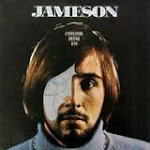 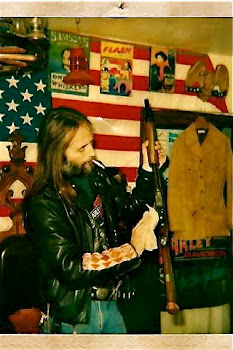